Kings of the Yukon

A river journey in search of the Chinook

Follow Adam aboard his canoe, from Whitehorse to the Yukon-Kuskokwim Delta as he traces the decline of the Chinook salmon.

The migration of the Chinook salmon has long been the lifeblood of the Yukon river communities. And as Adam travels the river by canoe, he  hears from the locals and discovers the causes of the dwindling salmon population. By using human insights alongside fishing facts he helps us gain a deeper understanding of the ever-changing status of the salmon in the natural world. 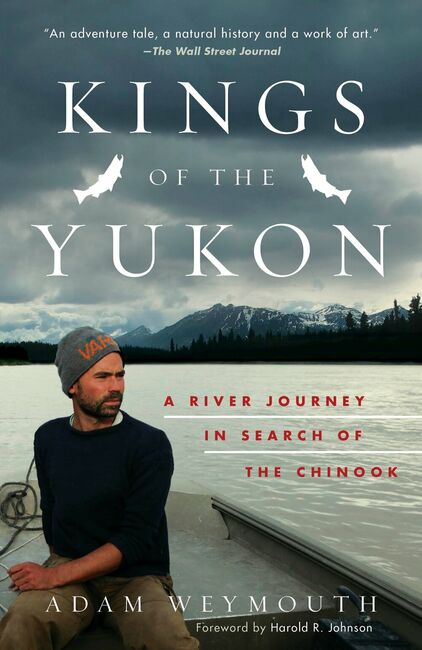 Meet Adam Weymouth, journalist, and author of Kings of the Yukon. Hear his story and the lessons he learned paddling the length of the Yukon River — the longest salmon run in the world.

In our story, we are guided through the incredible life cycle of a salmon. Swimming upstream and navigating by sense of smell, they return to spawn and die in the exact same pools in which they hatched.
And for his visit, Adam pays a visit to the salmon’s toughest climb—the Whitehorse Rapids Fishladder. The ladder, built in 1958, is the longest fishladder in the world and it enables the salmon to swim up and over the Whitehorse hydroelectric dam. This is by no means an easy feat. The ladder, when laid flat, is longer than the Eiffel Tower.

If you’re following in Adam’s footsteps, you can watch in awe as the salmon make the big leap to their final resting place. If you are not visiting the Yukon quite yet, you can visit the ladder virtually with the Fishladder’s Salmon Cam. Keep track of the run and watch the footage at home so you don’t lose sight of our fearless friends. Learn straight from the source

The territory’s salmon swim 3,200 kilometres against the current, making the Yukon River the longest salmon run in the world. The yearly catches were once a cause for celebration and highly respected in First Nations culture. But after years of decline due to overfishing and environmental factors, restrictions were placed on the fishing of king salmon across the Yukon and Alaska. As part of his salmon pilgrimage, Adam interviewed locals to learn how the salmon decline has affected the people today.

Fortunately, visitors to the area can still experience the river as it was. Drive by old fish camp relics in Carmacks and jump aboard a boat tour in Dawson where local resident Tommy will guide you to his family’s fish camp and show you the workings of an authentic fish wheel. Or start at the end in the community of Teslin, and learn how cedar canoes are carved at the Teslin Tlingit Heritage Centre. There, you can speak to the guides and hear how the community is naturally introducing salmon eggs back into nearby Teslin creeks. So in years to come, the salmon can return to spawn once more, at the river source. 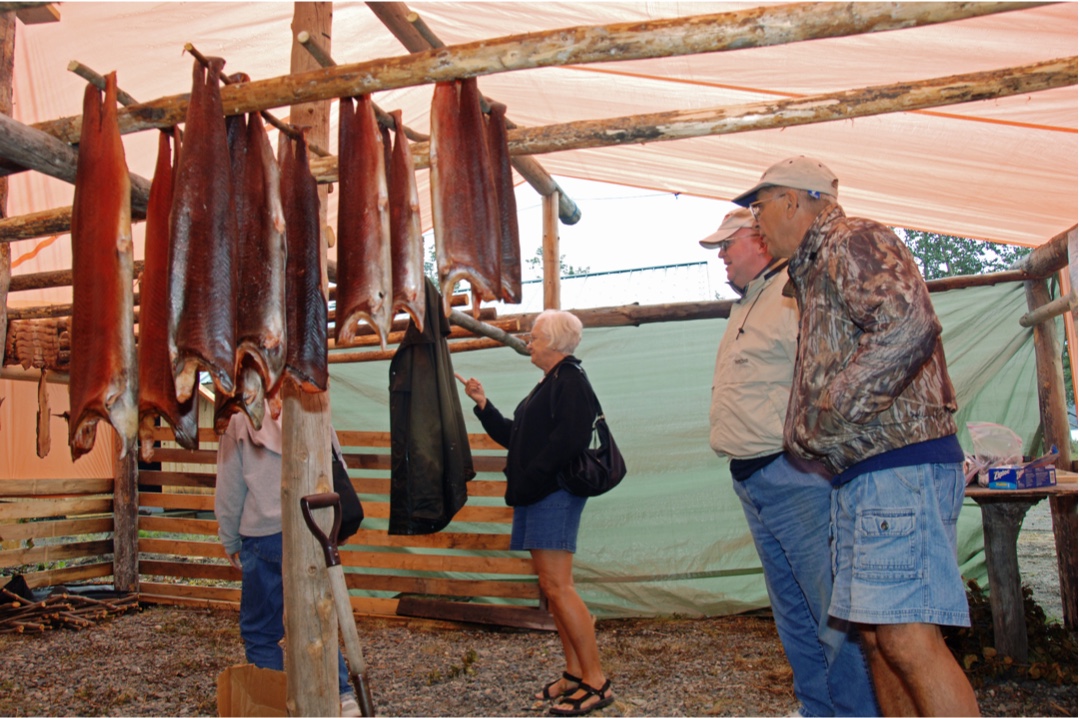 Paddling down from Dawson, a sonar site in the hamlet of Eagle, Alaska monitors the number of salmon that will reach the Yukon. Adam visits local resident Andy at his riverside cabin where we learn that the spring breakup of river ice can be just as unpredictable as the salmon numbers.

In our book, Andy recalls the time a giant ice dam formed south of Eagle. The cascading currents blasted through the dam, breaking the banks and flooding the nearby homes, including his own. Having to rescue his family of sled dogs, Andy’s harrowing tale of survival serves as a reminder of the grit needed to live in the wilds of the North.

Between late April to mid May, Dawson City is the prime place to witness the sound of the ice plates cracking as the river officially breaks free from it’s icy hibernation. The date and time of the breakup is dutifully recorded as bets are placed and the locals unite in friendly competition. But spring break-up isn’t the only time Dawson comes to life. The Yukon’s formal capital city is full of fun year-round. 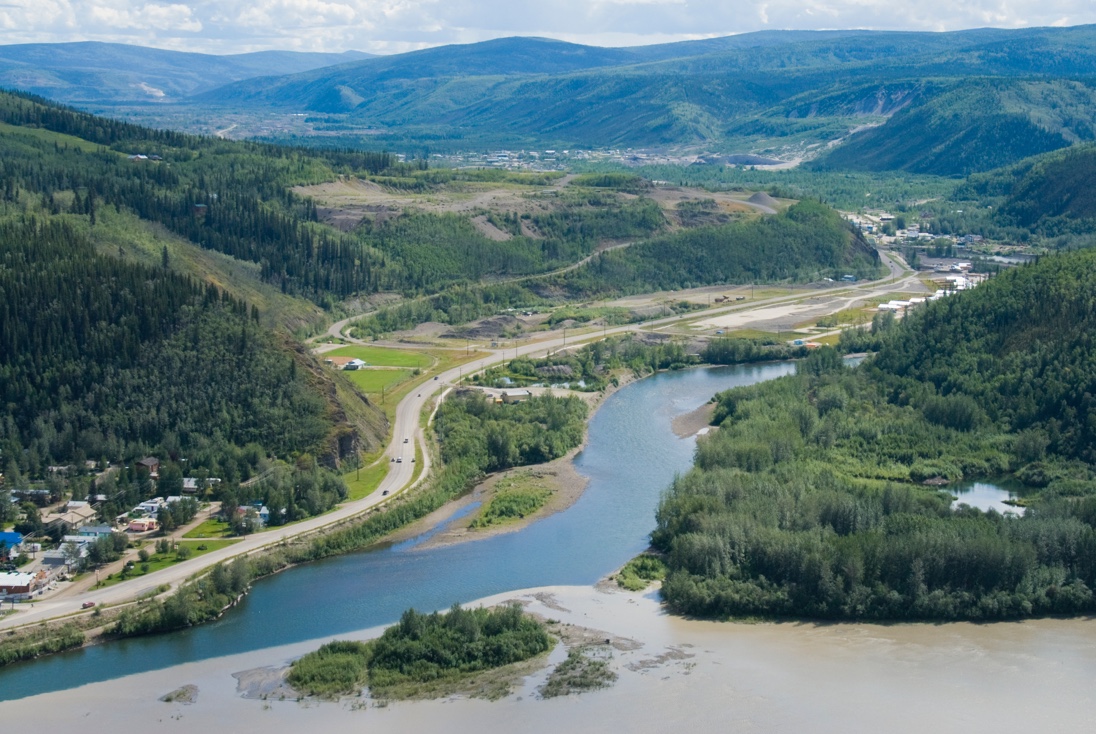 Hatching for the future

Whilst Adam’s journey took place from 2016-2017, subsistence and recreational fishing sacrifices are still being made in the hope of reviving salmon numbers to their former glory days.

To supplement the wild population, the salmon receive a helping hand from our fish hatcheries which breed a smaller Chinook fry to release into Yukon waters.  While you won’t be able to get the same tactile experience as Adam, squeezing out hundreds of thousands of vibrant orange fish eggs into Ziploc bags, you can still see where it all takes place.

In addition, the hatchery raises a number of freshwater species including Kokanee salmon, Arctic Char and Rainbow trout. They release them into Yukon’s eighteen stocked lakes, so you can pick your perfect spot and catch your own personal prize. Let’s hope that with sustainable restrictions in place, our salmon populations can bounce back to reign as Kings once more. 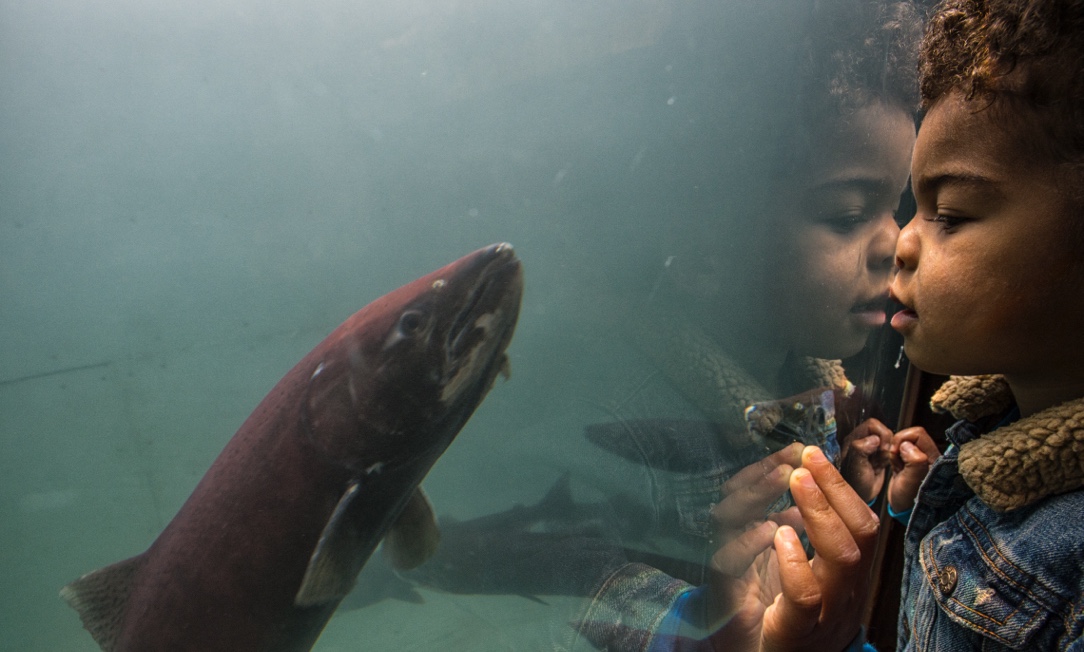