Notable Women of the Klondike

Against all odds, they forged their own way.

During the gold rush, some women left rich legacies

The discovery of Klondike gold in 1896 began a stampede of more than 100,000 prospectors. The Klondike Gold Rush caused a global movement of people that was unprecedented at the time. Although it lasted just a few short years, the gold rush left a rich historic legacy with stories of triumph, defeat, bravery, and the peculiar madness of gold fever.

While the story of the Klondike Gold Rush and “the men who moil for gold” (Robert Service, a British-Canadian poet and writer, often called "the Bard of the Yukon"), has been covered extensively in history books and pop culture, lesser known are the inspiring stories of several women who either travelled to, or were residents of, the Yukon at that time.

“The story of the Klondike is an epic journey,” says Patricia Cunning, Executive Director of the MacBride Museum in Whitehorse. “For most of the people who came to the Klondike – even those who didn’t make it all the way to Dawson City – it was a defining moment in their lives. While it was adventurous and exciting, it was also dangerous, difficult, and emotionally taxing. The money wasn’t just made in the gold field, and the women were well positioned to mine the miners – and not just at the dance hall.” 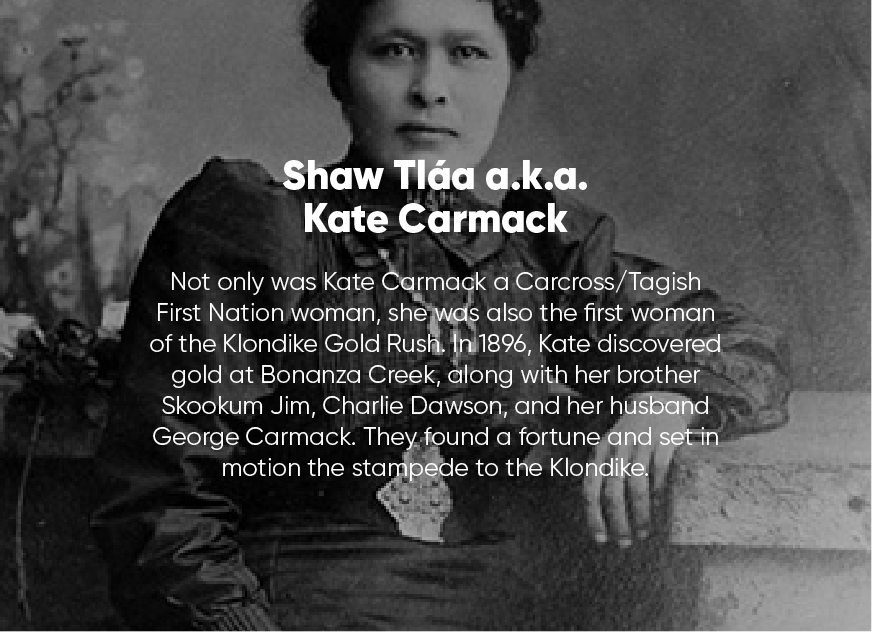 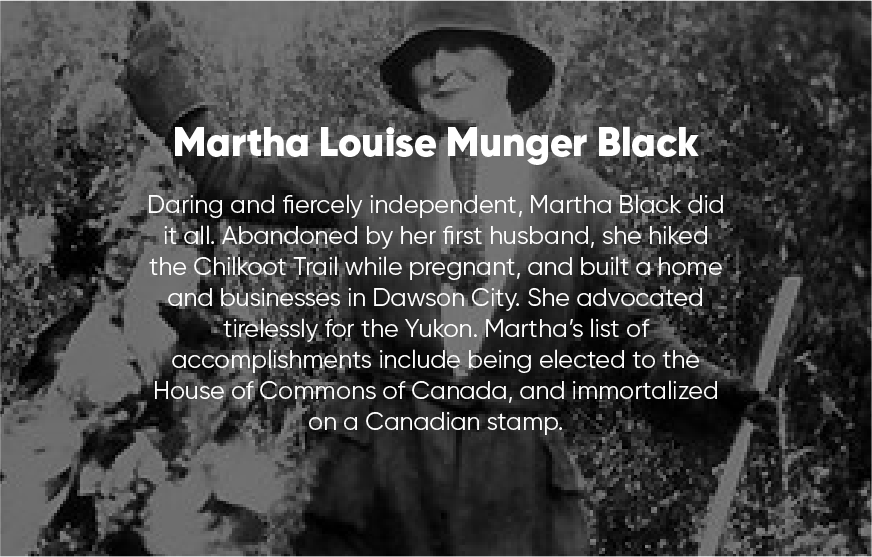 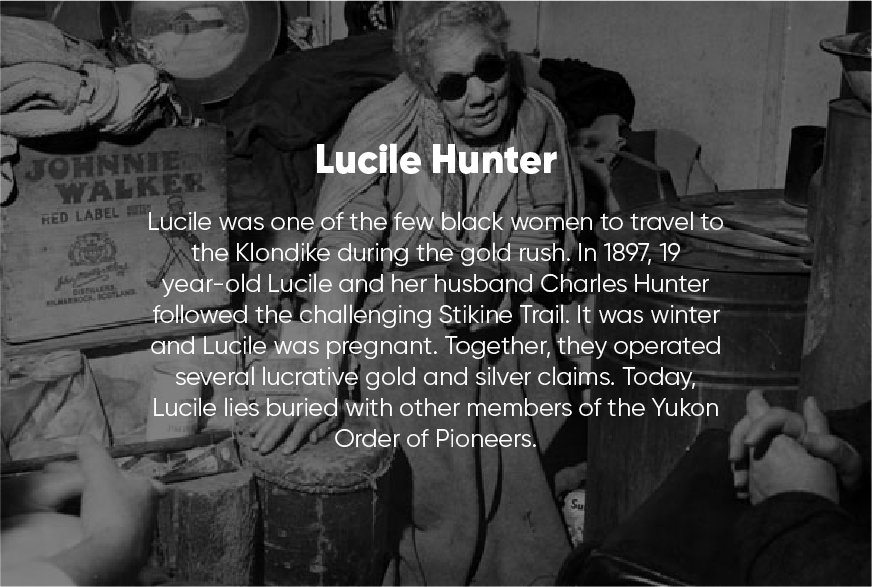 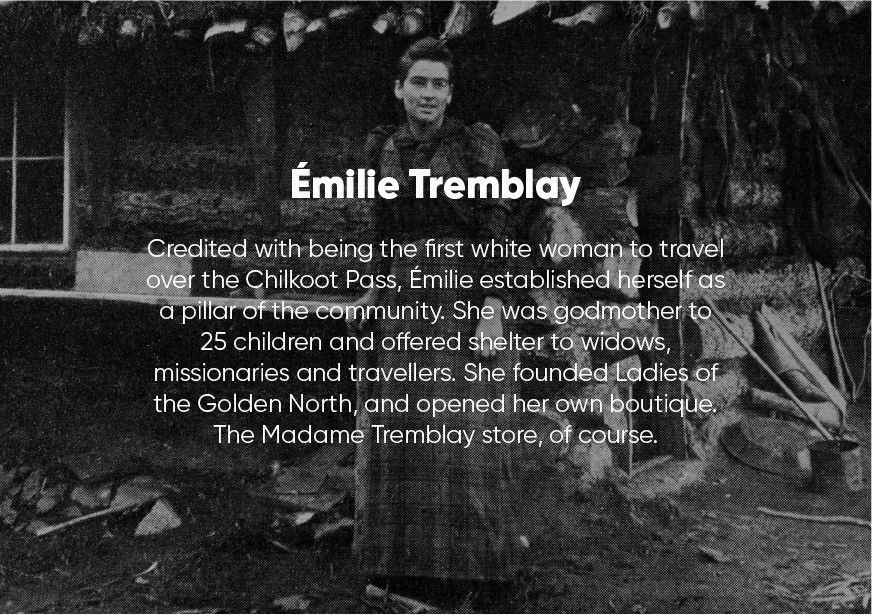 It’s important to note that the global influx of gold-seekers deeply impacted the land and the local First Nations people, who had been there for thousands of years. This time in history was not always positive and the impacts of development and colonialism are still felt today. Despite the mixed experiences, the Gold Rush made a dramatic contribution to shaping the culture and society of the Yukon today.

Learn more about these incredible women.