From the Klondike to Berlin: The Yukon in World War I

Historian Michael Gates tells us the stories of both those who went to fight and those who stayed on the home front.

Nearly a thousand Yukoners, a quarter of the population at that time, enlisted before the end of the Great War. These brave people came from all walks of life. They were lawyers, miners, bankers, dockworkers and they traded the pristine beauty of the Canadian north for the muddy, crowded horror of the battlefields. And those who stayed home had important roles to play as well. By March of 1916, the Dawson Daily News estimated that Yukoners had donated often and generously at a rate of $12 per capita compared to the dollar per person donated elsewhere in the country. 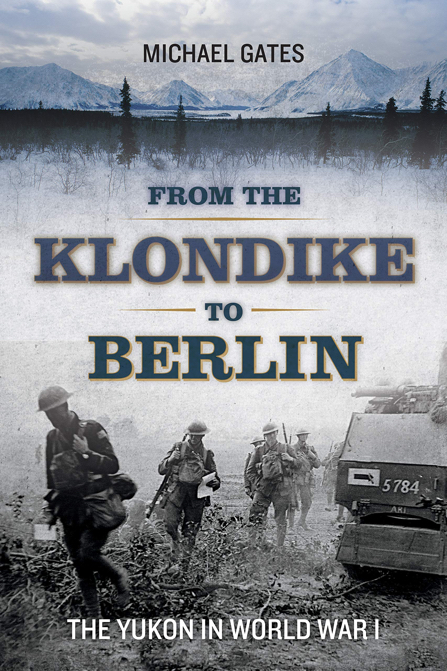 Check out this video from historian and former Curator of Collections at the Klondike National Historic Sites in Dawson City, Michael Gates, as he discusses a few of the people mentioned in these true Yukon stories.

War Is Declared and Battle Come Down

The first world war began with the assassination of Archduke Franz Ferdinand. But for the people of the Yukon, it began with a telegram. During an interval at the Auditorium Theatre, a telegram was passed to George Black, the commissioner of the Yukon Territory. The message said that England was at war with Germany.

“As they filed out into the twilight streets of Dawson, men and women, young and old were abuzz with earnest discussion. Although it was not yet officially stated, the community understood what it meant: that Canada, too, was at war alongside Britain. The Yukon was now at war.”

The same scenes played out in theatres around Dawson City, including the Arctic Brotherhood Hall, which goes by a different name today: Diamond Tooth Gerties. As the war effort began, men from around the territory were lining up to volunteer for service. Some were even going above and beyond to do their duty. Thomas Corville, a miner working in Coal Creek, decided to enlist. But he didn’t have the fare to book passage on the riverboat to Whitehorse. Instead, he packed his bag and walked 600 km to the enlistment office.

Local mining millionaire Joe Boyle meanwhile, was putting together an outfit to do the Yukon proud. He organized 50 brave volunteers and turned them into a machine gun unit. Not by himself, obviously, but with training and, most importantly, funding. The men soon become known as Boyle’s Boys and they were given a grand send off by the people of Dawson.

“The boys of Boyle’s Yukon Brigade are the lions of the hour...Give them a bully time. Give them the heart of the Yukon.” HISTORIC TWO FOR ONE
04 HIGHLIGHT

Rhymes of a Red Cross Man

When we say everyone was doing their part for the war effort, we mean everyone, including poet Robert Service.

He was already a famous poet before the war, writing about the Klondike Gold Rush while living in Dawson City. But despite his notoriety, he still felt the need to serve. After a brief stint as a war correspondent, Service joined up with the American Ambulance Unit, where he drove ambulances with such illustrious volunteers as Walt Disney and Ernest Hemingway. This time in action on the Western Front proved quite fruitful, as he was inspired to write a book of poetry. He submitted the collection to his publisher in 1916 under the title Rhymes of a Red Cross Man. It was an instant success and became one of the best-selling books of poetry of the twentieth century.

If you’d like to know more about the Bard of the Yukon, you can see his cabin and a whole lot more in Dawson City. 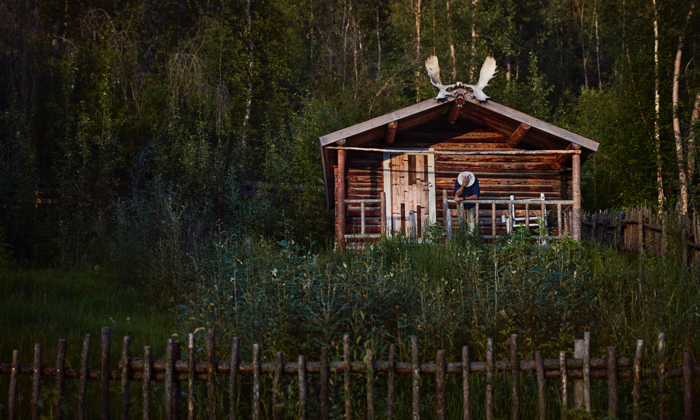 We Have Stolen Mrs. Black

While Joe Boyle was busy creating his machine gun unit, Yukon Commissioner George Black recruited a regiment of men to fight in the war and travelled with them on the way to England. At the same time, George’s wife Martha was also travelling east. But she took a different route. Mrs. Black stopped and petitioned every authority she met to be allowed to accompany her husband and the rest of the Yukon men on their journey overseas.

Originally, the higher-ups didn’t want Mrs. Black to make the trip. But George, now a captain, was able to persuade the general to let her go. And how did the infantrymen feel about having a woman in their midst? Well, their feelings were best expressed in the song they sang on their journey across the Atlantic:

We have stolen Mrs. Black and we
Will not bring her back,
Till the Germans quit and when
the Allies win

Till we nail the Union Jack to the
Kaiser’s chimney stack,
And we toast the Yukon Daughters
in Berlin.

During her time in London, Martha filled her days with visiting wounded Yukoners, sewing for the Red Cross, administering the Yukon Comfort Fund, writing articles for both the Whitehorse Star and the Dawson News as well as giving lectures on “The Romance of the Klondike Gold Fields” wherein she recounted her adventure of hiking the Chilkoot Trail during the gold rush.

As a potential visitor to the Yukon, you can still hike the Chilkoot Trail and visit the National Historic Site, though permits are required and reservations are recommended. While the Allies did their best to gain ground against the German forces, Joe Boyle was looking for other ways to help turn the tide of the war, which led him to Russia.

Despite him having no official status in either Canadian or British military circles, and not speaking a lick of Russian, Boyle managed to get their train lines running, fixing a beleaguered system and untying knots to get supplies and men to the front lines of the battle.

As if that wasn’t enough, things became even more difficult when, under heavy bombardment, the Russians were overrun by the advancing German forces. As they fell back in retreat, the Russians left their headquarters abandoned. Well, Boyle drafted two Russian lieutenants into his command and, without any actual authority, was able to set up a defensive line around the city and hold off the Germans for four whole days as the Russians regrouped.

But believe it or not, that wasn’t even his most daring adventure—that one involved the British Secret Service, the crown jewels of Romania and a 1,300 km train journey through a civil war.

For those of us who prefer a more scenic, and less dangerous, train journey, you could always ride the White Pass and Yukon Route. There will still be plenty of thrills. 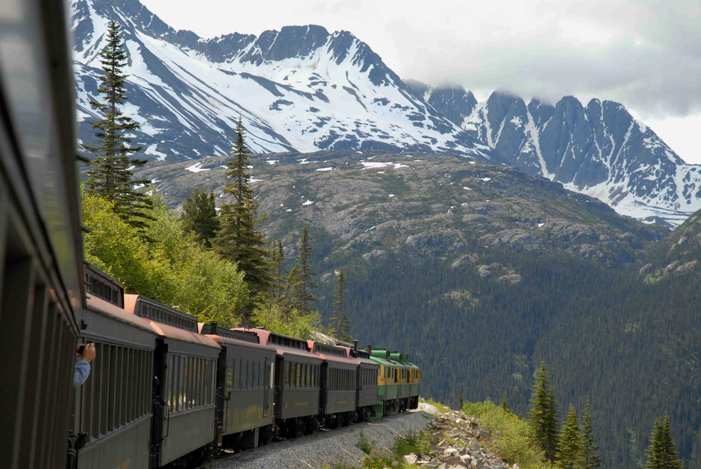 Here are just a few questions to ponder as you make your way through the book.